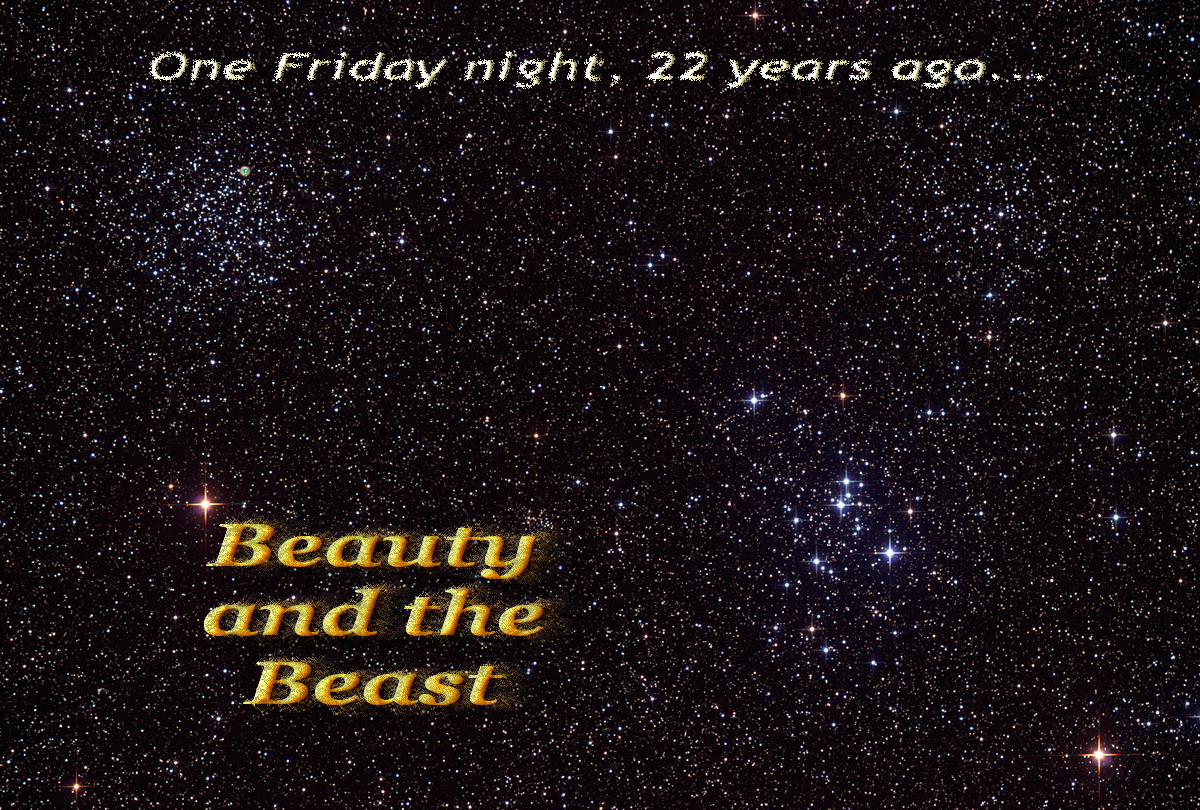 On September 25th, 1987, Friday night,
the Pilot of a new tv show was aired.
That show was Beauty and the Beast.
Let's celebrate the twenty-second anniversary of magic!

Let's celebrate the Characters who, ever since that night, have made us dream:

Let's celebrate the Fandom which was born that night;
and never ceases to bubble with amazing and exciting projects.

The Bench
The Museum
The Newsletter

Let's celebrate, because the world out there
is beginning to realize what a timeless gem our show is.

Twenty-two years later, September 2009,
Entertainment Weekly lists Beauty and the Beast
as number 25 in the 25 Greatest Cult TV Shows Ever.
(Our show was included In a similar list of TV Guide's,
"25 Top Cult Shows Ever", 30 May 2004)

And, in this 2009 that the UN has declared International Year of Astronomy,
let's celebrate the Universe that shows that Somebody up there is a fan... 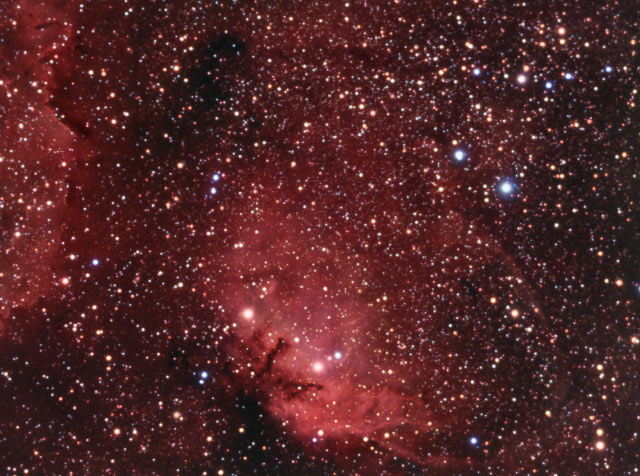 This complex and stunning area of nebulosity (Sh2-101) is located in Cygnus.
It is  commonly known as the “Tulip Nebula”, but the B&B fans, who know better, call it "The Vincent Nebula".